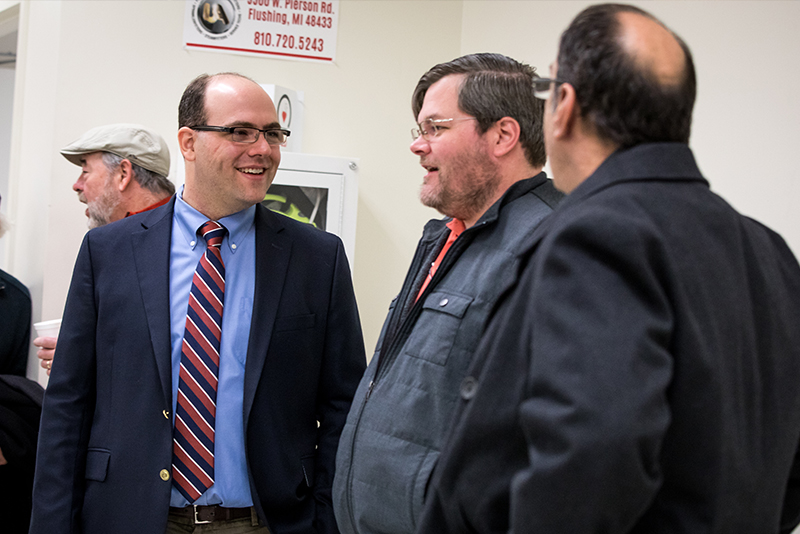 State Representative Phil Phelps (D-Flushing) today endorsed John Cherry to succeed him as representative for the 49th House District. Residents of the 49th District, which includes parts of the City of Flint, Flint Township, Swartz Creek and Flushing, have elected Phelps three times since 2013. Representative Phelps is unable to run again because of Michigan’s term limits law.

“I couldn’t be happier to announce my support for John Cherry and his campaign to be the next state representative for the 49th district,” said Phelps. “I have known John for years, as a hunting and fishing buddy, community leader and as a friend. Residents of the 49th district will soon get to know John, too, and I believe they will agree that John is the best person to represent them in Lansing. John knows what it takes to be an effective legislator. He understands the challenges and opportunities of our district, and he will hit the ground running once he takes office.”

“Representative Phelps has reached across all lines and worked tirelessly to help his district through crisis and represent the interests of all residents in the 49th district. I am honored to have Phil’s support for my campaign,” said Cherry. “There is still a lot to be accomplished coming out of the Flint Water Crisis and the ongoing economic rebound in the 49th. Rep. Phelps helped set a solid foundation from which we can continue this important work, and I am eager to do my part while representing the 49th district in the state house.”

“When I went to the House, I made a point to remember, ‘When someone shows you who they are, believe them.’ I always tried to show who I was through hard work, fairness and special focus on people who need a hand up. I also paid attention to how others showed who they are,” said Phelps. “I have seen who John is over and over. John is thoughtful, driven and dedicated. He and Teresa opened a coffee business in Flint using beans from her parents farm in Peru. John was the top vote getter when elected to the Flint Charter Commission and served the city during some of its most challenging times. I look forward to campaigning with John as he shows the residents of the 49th district who he is.”