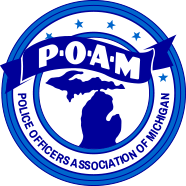 John Cherry (D-Flint) was endorsed by the Police Officers Association of Michigan
(POAM) in his bid for State Representative in the 49th District. The POAM represents over
12,000 law enforcement employees throughout the state of Michigan and is the largest such
organization in our state.

“We continually strive to protect and improve the safety, working conditions, and economic
security of our members,” said POAM Legislative Director Kenneth Grabowski. “We believe it is
imperative to support candidates like John Cherry who actively promote these goals.”

“Building safe communities in Genesee County is one of my top priorities,” said Cherry. “That
means working to assure that state and local police receive the resources they need to protect
our neighborhoods. I look forward to working with the Police Officers Association of Michigan to
further our shared commitments to public safety. It is my honor to have their support.”